Hawaii is far from my idea of a place for rest and adventure, especially the island of Oahu, where the capital city of Honolulu and it’s better known coastal subburb of Waikiki occupy the southern coastal plains of the south shore. Honolulu is a squalid concrete jungle with poluted water channels, and endless commercial and residential towers that obstruct the natural landscape. What drove me to Oahu in particular, was the oportunity to bond with my brother, whom spent much of his adult life in Oakland, California prior to his post office transfer at the end of 2015. Even in our youth, we were never close.

I arrived in Honolulu with an open mind about the possibility of living in Hawaii for a longer period and had even examined a few job opportunities before departure from California in early January, 2020. Work was easy for me to find in California; in fact, most of the time, it found me! Finding work on an island, however, was not easy. My guess was that the locals vyed for any and every opportunity there was. Even large banks such as Wells Fargo, or Bank of America, were forced off the island in fear that they would usurp the business for such local banks as Bank of Hawaii. One think that seemed promising was an online company called Handy, which provided a stream of handyman work ranging from yard maintenance to plumbing, electric, and carpentry. The company comunicated via a smart phone application, which notified you of the available work and the predetermined pay. It quickly became evident that being equipped with your own tools and transportation, for an individual job that offered between $20.00 to $200.00 and required you to stay a prespecified amount of time, was a scam. I always believed in cutting the middle man out and charging rates that reflected the skills and resources required. Despite many posted jobs during my stay, I ignored all of them and invested my time learning and thinking about alternative means to making money on my terms.

I spent the first week searching for various job opportunities with environmental firms and universities, until I realized that my efforts were futile. I had little desire to reenter the field of environmental geology, or any geological consulting job, particularly in a place I had no desire to live. I decided to direct my energy towards research and learning new skills that might be used in developing my recent entrepreneureal plans of utilizing remote sensing for the detection, monitoring and mapping of geologic hazards.

I devoted over a month to learning Python coding through Udemy. Like everything in the realm of technology, evolution was inevitable. I wasn’t certain that Python was the programming language of choice for developing plugins to geospactial software QGIS and ARC GIS, however, I knew from previous work with a GIS speciallist I worked with in the California Department of Transportation, that this particular language had been used to generate a vector map that depicted surface deformation with arrow direction and size, using a spreadsheet of conventional survey monitoring coordinates. QGIS, was apparently built on C++, however, even this code seemed antiquated with the rapid evolution of computer code language which began with the early Fortran and COBOL, progressing into the 1990’s with Python, Visual Basic, and Javascript, into 21st century languages I had never heard of such as Scratch, Scala, and Swift. I had briefly enrolled in a C++ course at SFSU in the late 90’s, which I found the instructor difficult to follow, and dropped the course as a result. The online instruction from Udemy was captivating enough to follow.

My brother had been working graveyard for the postoffice for about a decade. After spending the first half of his career in mail delivery, he decided to work on the computer driven machinery that sorted the mail. It was not an ideal schedule for spending any quality time bonding, but I broke away from my own learning during his set “weekend” days of Monday and Tuesday, to walk to the beach or on occasion hike one of the steeper local trails up the nearby Diamondhead of Kokohead craters.

What I had only reconfirmed during my two month visit with my brother, was that we were oposite in everyway from the way we lived to the recreation we enjoyed on our off time. Although I spent most of my life living next to a beach, I could count the days that I had visited. I have never been driven to the ocean. I spent any time I had exploring the local mountains by foot or mountain bike, while my brother developed an interest in sailing. It didn’t help being genetically predisposed to skin cancer. Although the damaging solar UV was ubiquitous, I burned twice as fast at the beach or on the ocean. I spent much of my free time walking the perimeter of Diamondhead or planning a day hiking in the Ko’olau Range when I wasn’t in the coffee shop.

Leaping off the China Wall cliffs, east side of Maunalua Bay, Oahu

I had walked from my brother’s apartment a few weeks earlier up St, Luis Heights to the Wa’ahila State Recreation Area and perhaps a quarter mile up the Wa’ahila Ridge Trail, in search of the St. Luis Trail, which many locals ride mountain bikes down to Dole Street. It was intended to be a reconnaissance hike to assess riding conditions for a possible future ride.

I departed in the early afternoon the first time, so daylight and damp weather prevented me from exploring further. During my 2016 visit, I road on the back of my brother’s motorbike up the serpentine St. Luis Heights Rd, which terminates near the parking lot at the top of the long steep ridge of residences. It was memorable overcast and misty then too, and my brother and I hiked a fair distance up the ridge, never reaching Mt Olympus. Even if we had, the ridge was so socked in, that all we could see were clouds and the dense bush immediately in front of us! 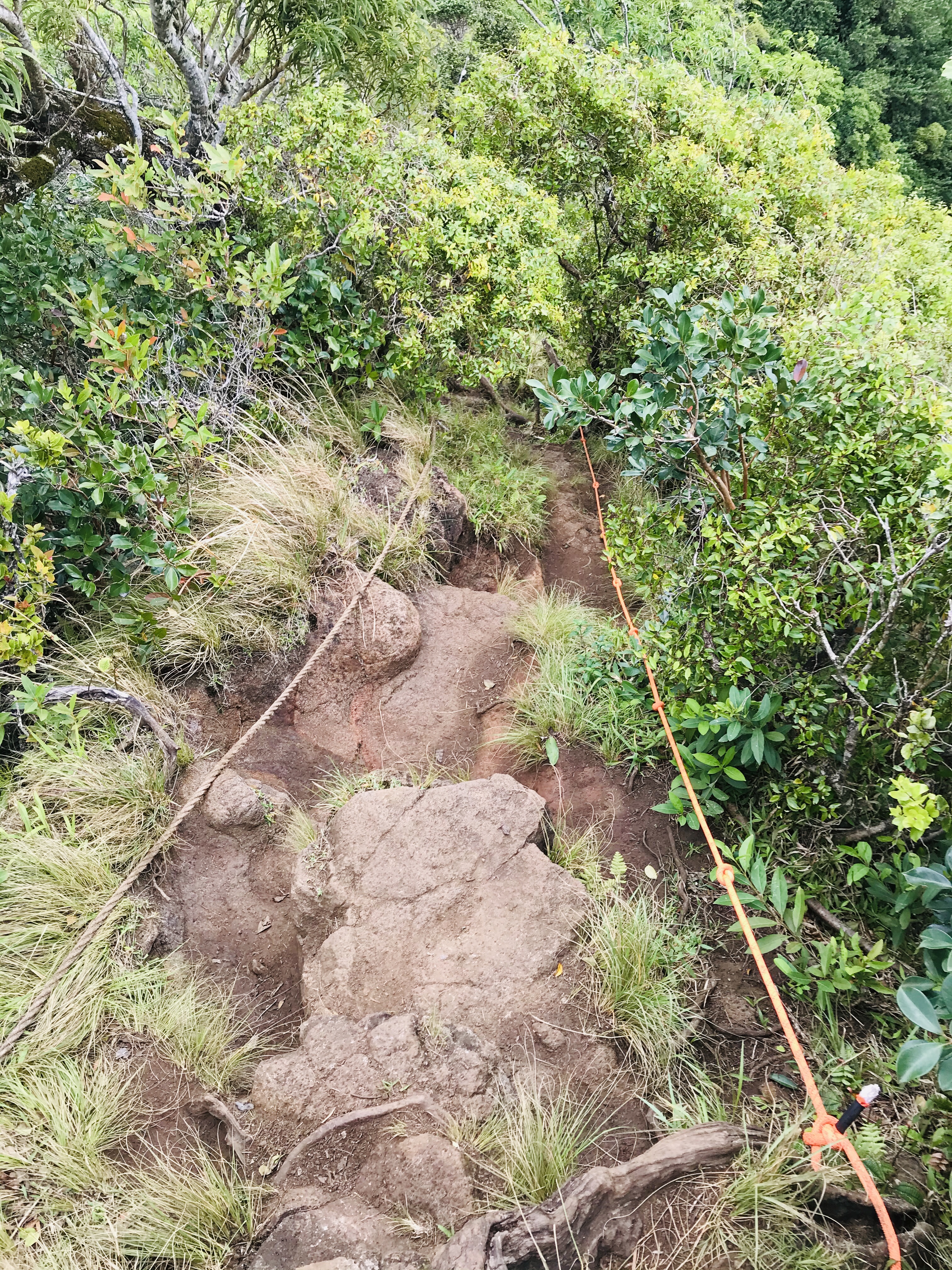 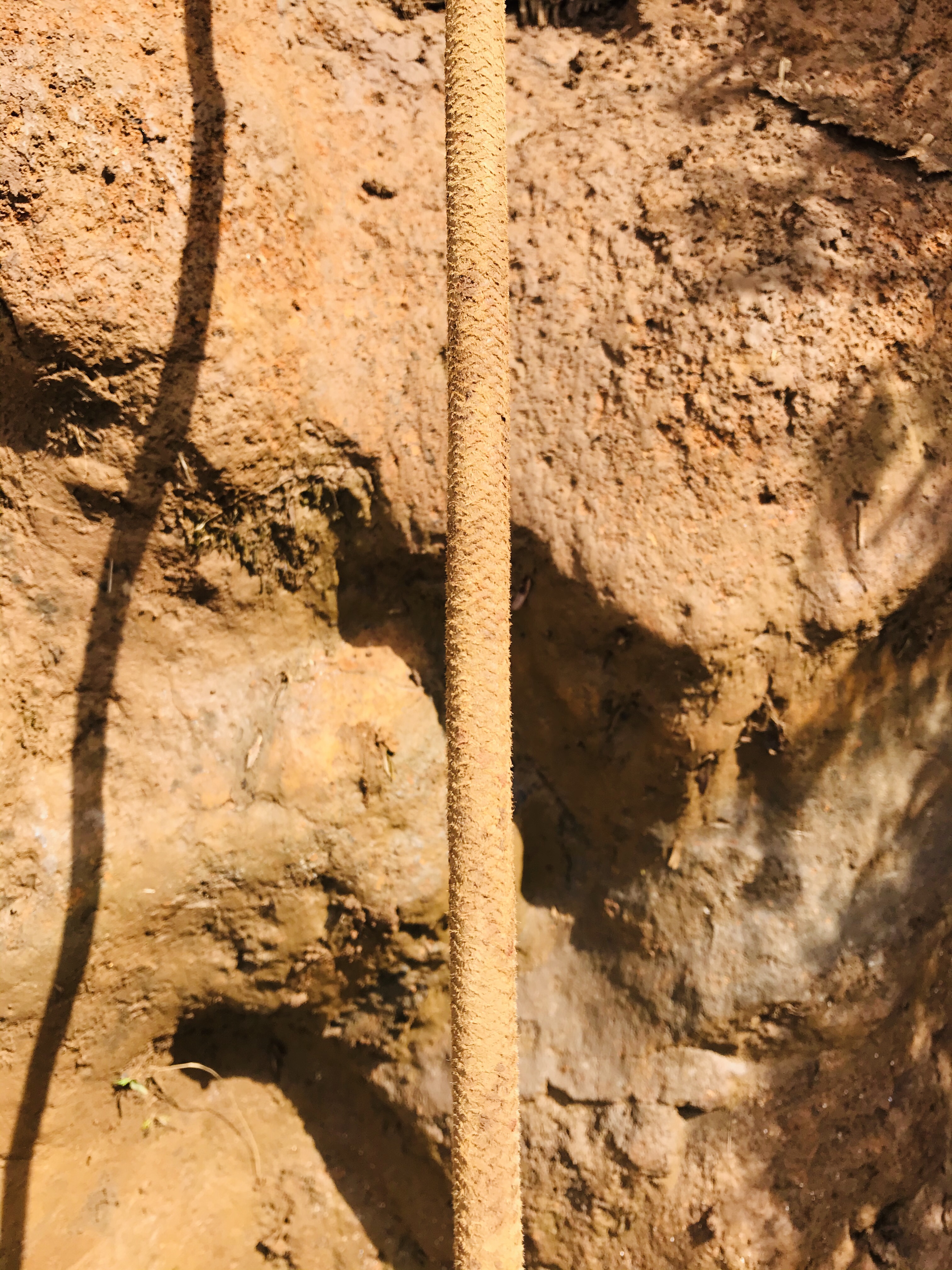 I made the spontaneous decision to hike all the way to Mt Olympus via the Wa’ahila Ridge Trail on February 23, 2020, a spectacular hiking weather day. Quite frequently, the Ko’olau Range is obscured by dark clouds, but it was clear and quite warm on the 23rd! I took a peek at Google Maps, zooming in on Mt Olympus and following the route down the ridge to confirm the start point. There were two,

The Kolowalu Trailhead departed the northeastern side of Manoa Valley, and the familiar St Luis Trailhead from Dole Street on the edge of the University of Hawaii at Manoa Campus. I had intended to approach the Wa’ahila Ridge from the Kolowalu Trail but made the decision to get on the trail sooner to avoid the long walk up the streets through Manoa. I ascended the ridge from the